Aquatic Vegetation Maps are created multiple times per season and provide a picture of areas around the perimeter of lake with the most growth. Maps were created with data collected July 6 and 7, 2022. The red areas indicate vegetation occupies 90 to 100 percent of the water column. In red zones, vegetation is usually visible at or near the top of the water surface.

If you are wondering where the harvester has been this year, plant growth so far this season is light and localized. Compare these maps to those from August 2021 and note the variability! Last year flooding raised the lake level in July. The aquatic plants responded to stormwater nutrient inputs and, as floodwaters receded, had a significant impact on boating and navigation in the second half of the season.

Another set of maps will be made in or about the first week of August. Thanks to volunteers Dorothy and Terry Gronwall for collecting vegetation data via Sonar that allows these maps to be made as a management tool. 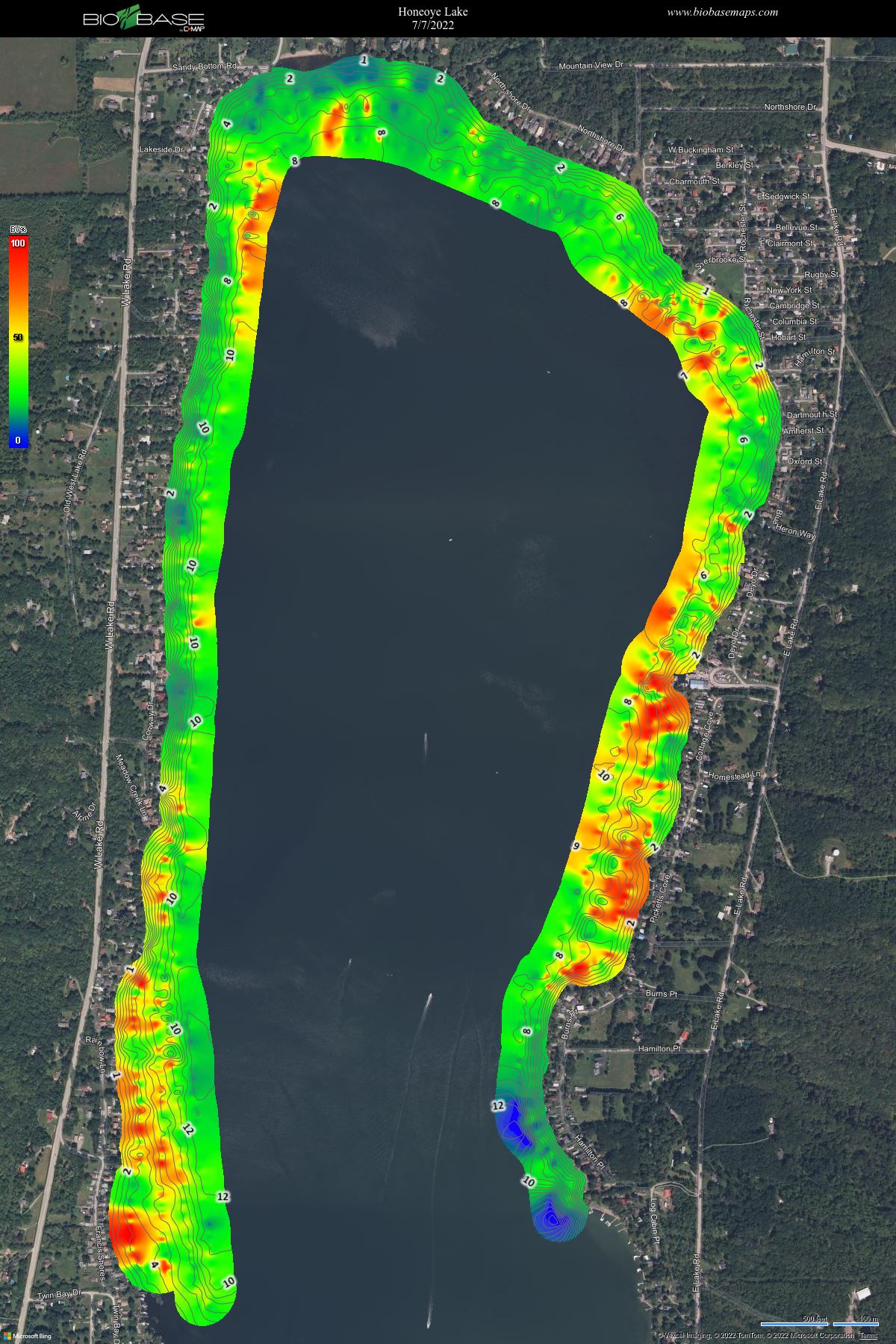 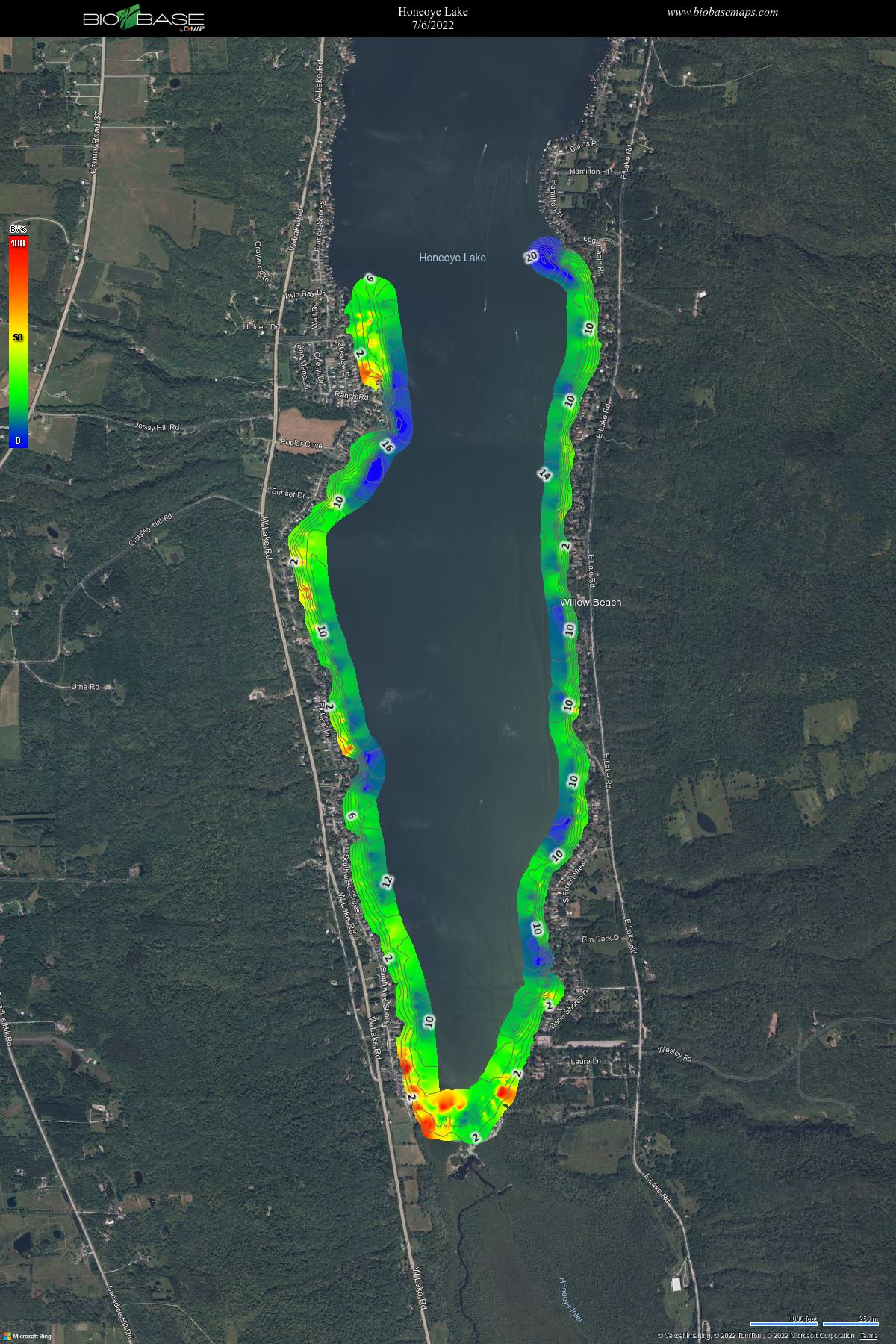 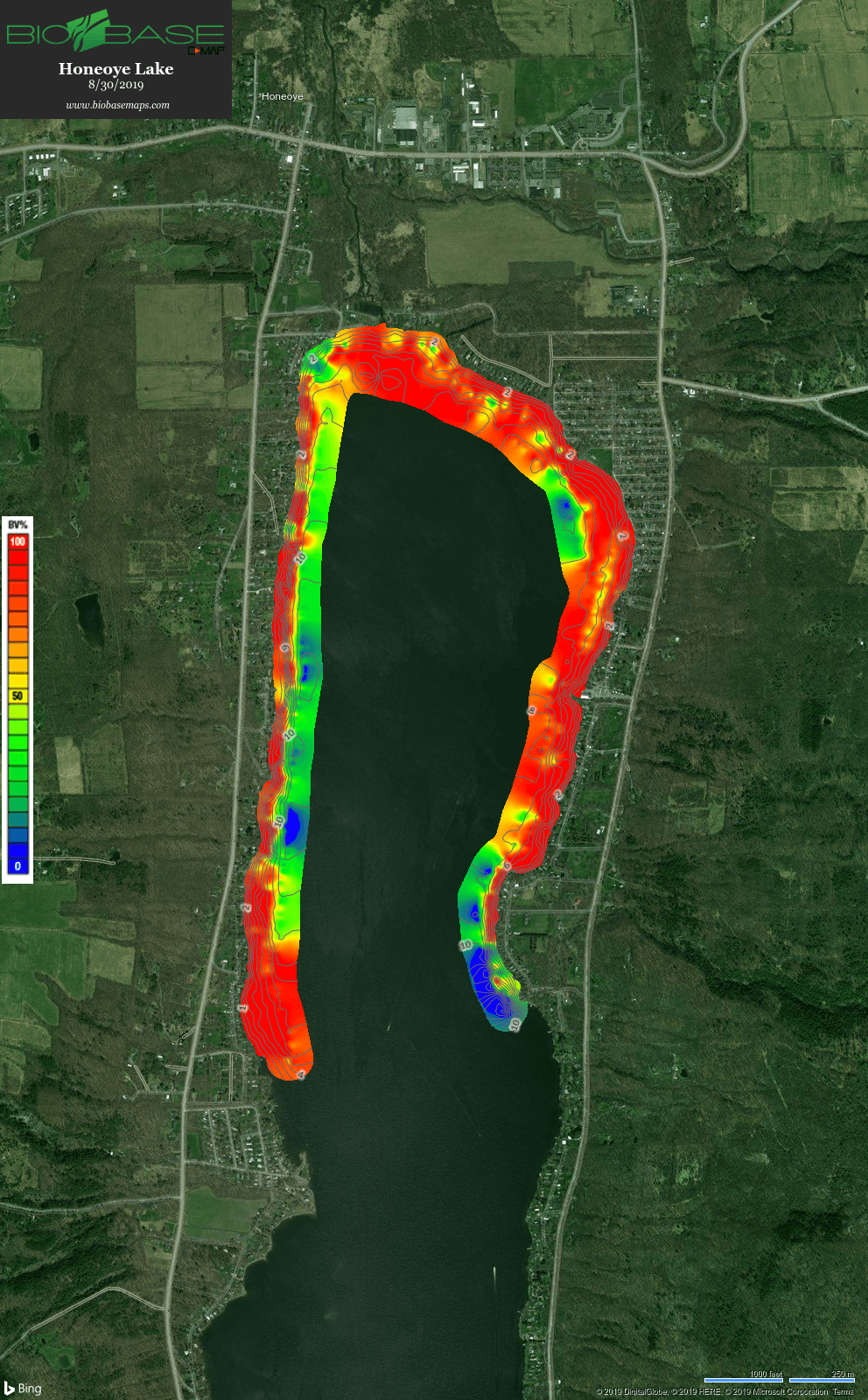 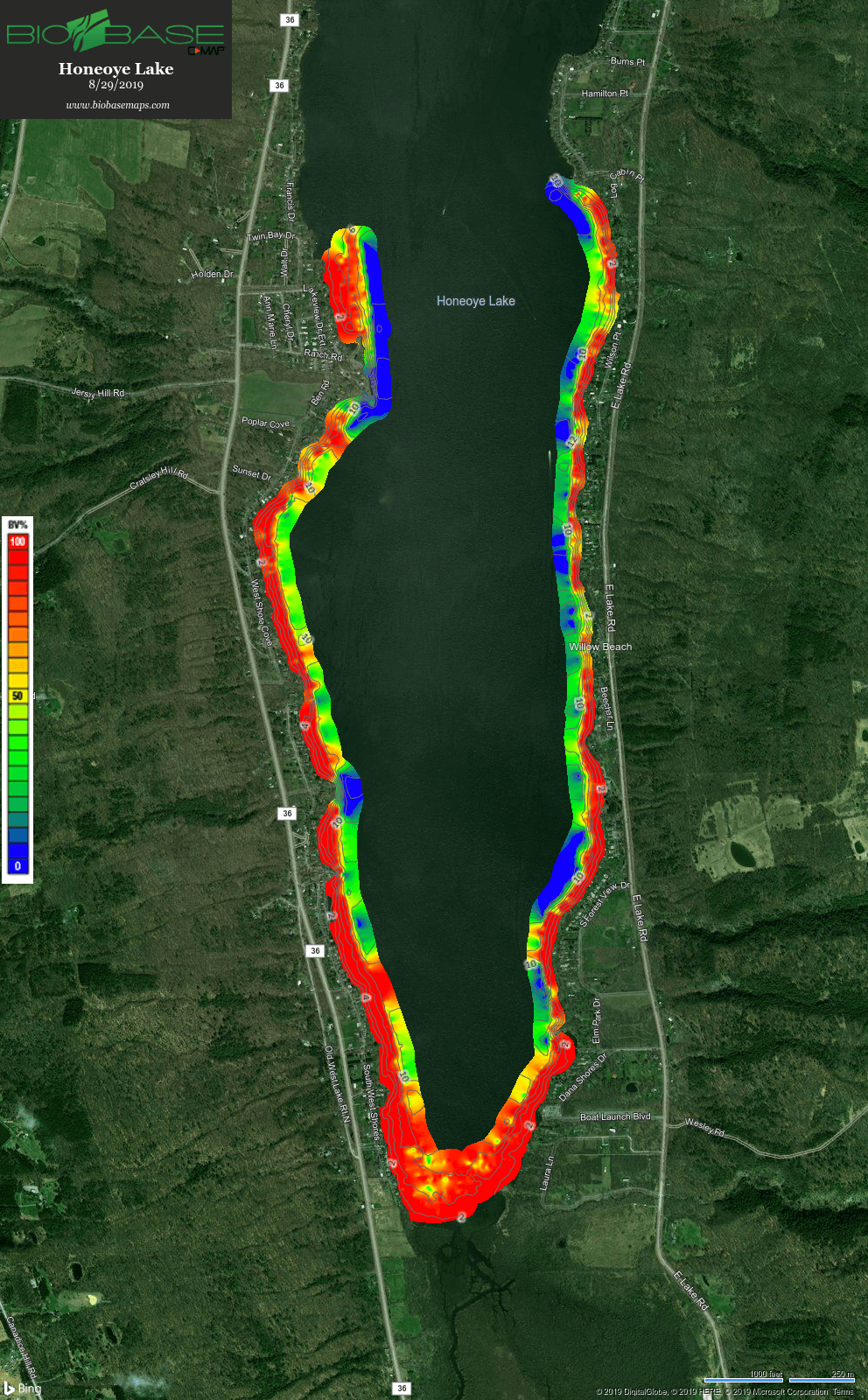 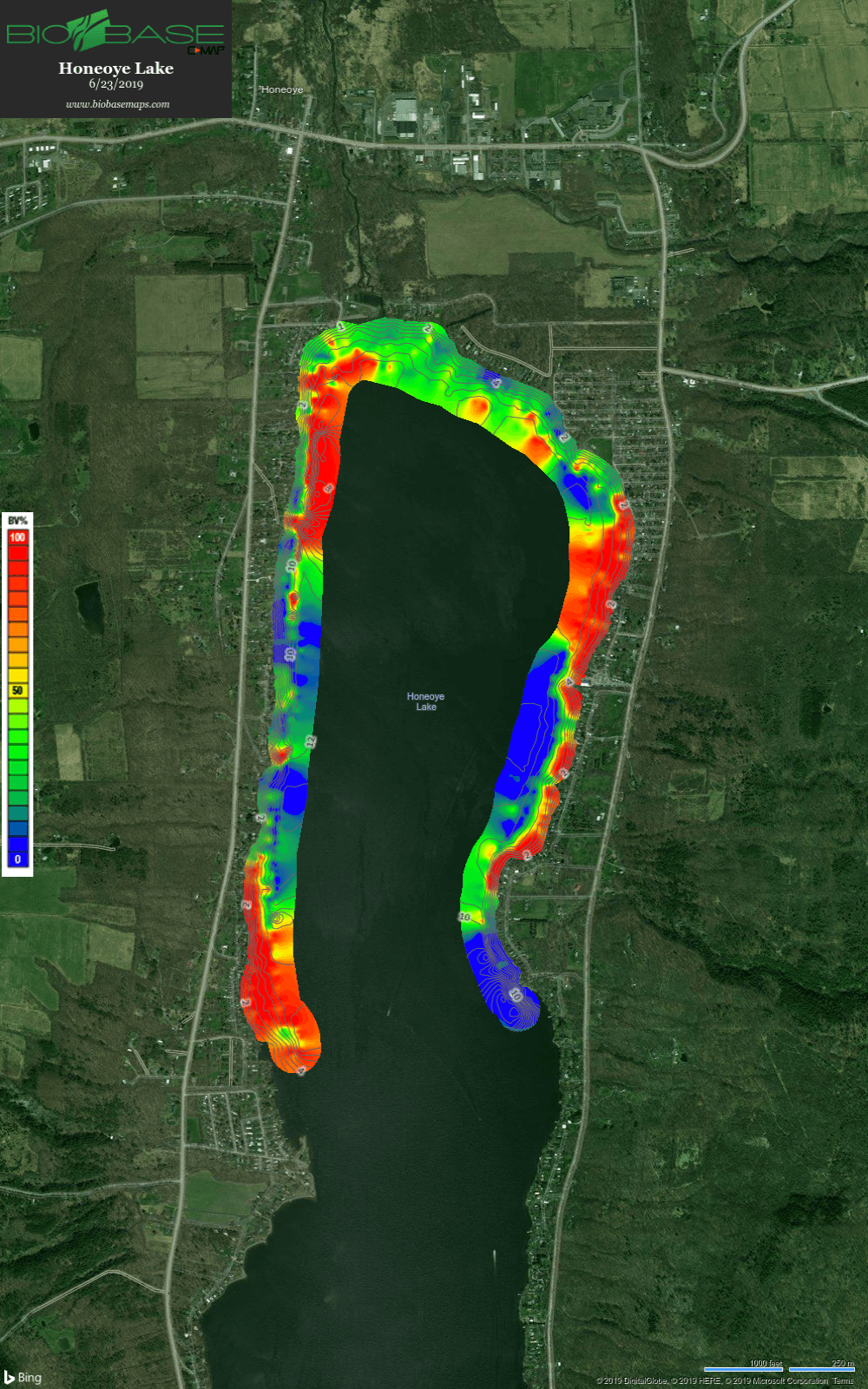 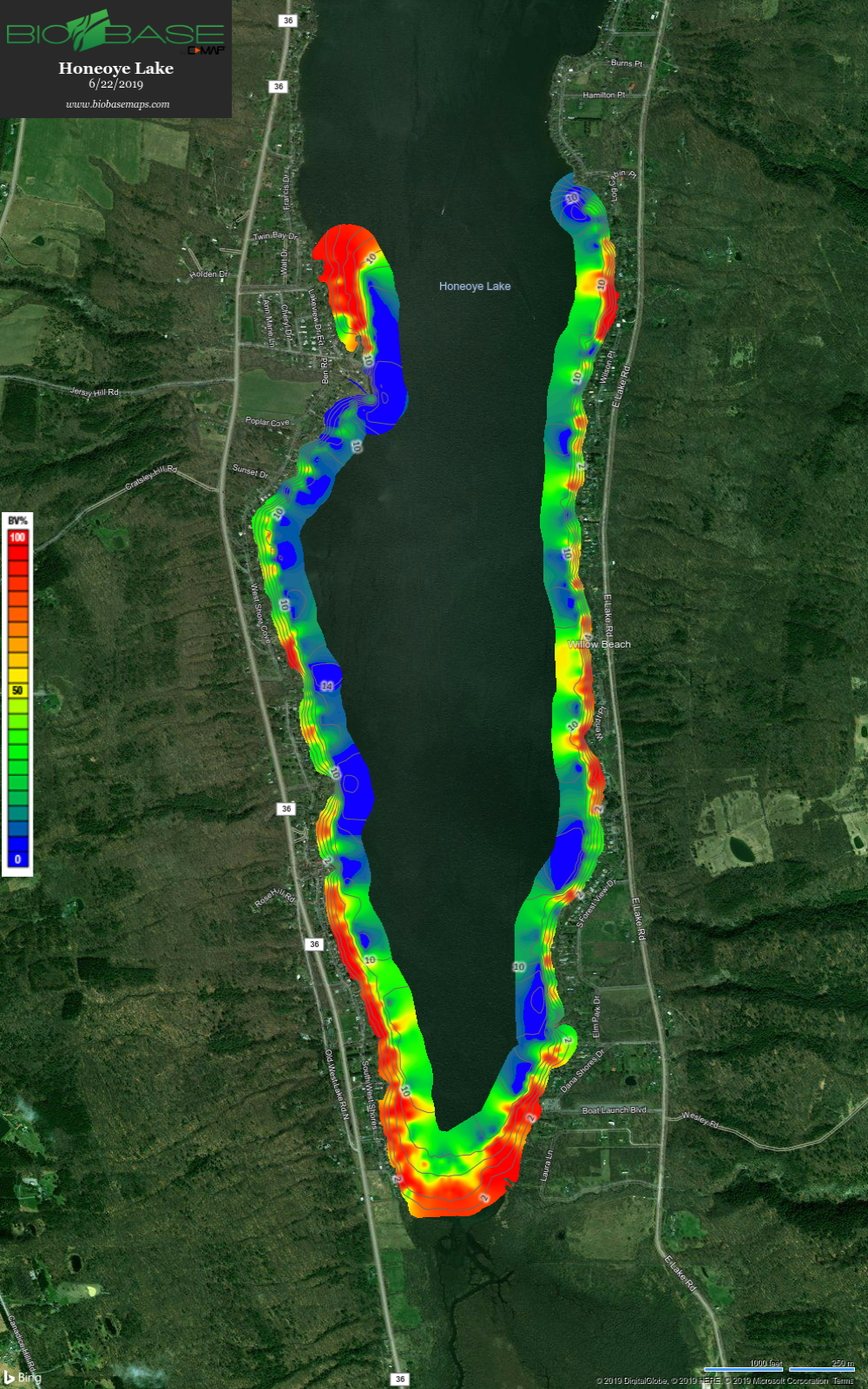